How are brain surgeries performed?

The following are some of the most common operations that involve the brain or areas surrounding it. Information from the National Cancer Institute has been used to explain some of these operations.

The craniotomy: A piece of the skull is removed to give doctors access to the brain to remove a brain tumor, abnormal tissue, blood, or blood clot; to relieve pressure following an injury or stroke; to repair brain aneurysms or skull fractures, or to treat other brain conditions. Following surgery, the skull piece is reinserted.

Biopsy. Typically, a biopsy is performed after imaging has detected an abnormality. A surgeon makes an incision in the skull or inserts a needle to remove brain tissue for evaluation by a pathologist.

Deep brain stimulation (DBS). A battery-operated medical device called an implantable pulse generator transmits electrical stimulation to specific areas of the brain. It is most commonly used for movement disorders such as Parkinson’s disease.

Neuroendoscopy. Endoscopy is a minimally invasive procedure that involves threading a thin tube called an endoscope through the mouth, nose, or through a small incision in the skull. This is done to access or remove brain tissue. The endoscope has a light and camera on the end, and surgery is performed with tools placed through the endoscope. Endoscopic transsphenoidal surgery is one type of neuroendoscopy. In this procedure, an endoscope is threaded through the nose in order to remove brain tumors and lesions located near the pituitary gland. This is located just behind the bridge of the nose.

Posterior fossa decompression. For example, the surgeon removes a small portion of the bottom of the skull to treat a Chiari malformation. He does this by making an incision at the back of the patient’s head and removing the cerebellum and brainstem. As a result of this removal, the cerebellum is provided with more space and the spinal cord is relieved of pressure.

Thrombectomy and cerebral aneurysm repair. By using contrast dye to identify the problematic blood vessel without opening the skull, the surgeon guides surgical instruments such as catheters or thin metal wires through a large blood vessel in the patient’s groin to reach the brain vessels. Typically, this procedure is performed on patients who have blood clots in brain arteries, cerebral aneurysms (weakened and bulging areas of an artery wall), or ruptured aneurysms that result in bleeding. 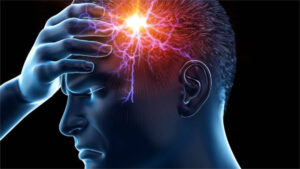 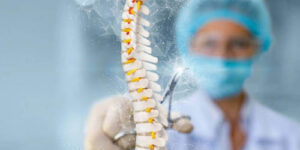