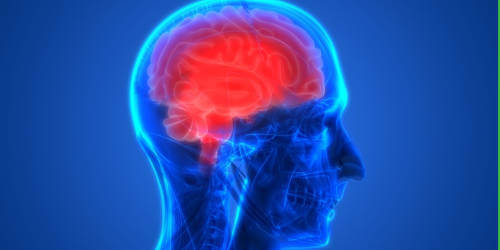 A brain tumours is a serious condition and can be fatal if not detected early and treated. In this article, we tell you all you need to know about brain tumours and brain tumour treatment.

What is brain tumor?

Uncontrolled and abnormal cell growth in the brain is called a brain tumour. The space in our skull is restricted. Therefore, this extra growth inside our brain causes more pressure inside the skull, causing life-threatening complications, and also damaging our brain.

What Are Types Of Brain Tumors ?

There are two main brain tumour types – primary and metastatic or secondary.

Primary brain tumours originate within the brain. They may be either benign, without cancerous growth or malignant, with quickly-growing cancerous cells.

Secondary or metastatic brain tumours are ones that start in other parts of the body like the breasts or lungs but later spread to the brain through the blood. These are always cancerous and never benign.

Primary tumours are further categorised into glial and non-glial tumours. Glial tumours or gliomas are ones that arise in the glial cells.

These cells support the nervous system by surrounding and holding neurons in place, supplying nutrients and oxygen to the nerve cells, removing dead neurons, and insulating neurons from each other.

Examples of gliomas are:

Non-glial tumours are ones that develop in structures of the brain like blood vessels, nerves, meninges or glands.

What are the possible causes and risk factors of brain tumours?

Tumours are caused by uncontrolled cellular multiplication. This is caused by a change or mutation in our DNA.

Genes that control cell division and make cells die at the correct time are affected by this mutation, and this makes the cells to grow uncontrollably, resulting in brain tumours.

Several risk factors can increase your chances of developing a brain tumour. These include:

Radiation: Exposure to radiation can be from ionizing radiation from radiation therapy, X-rays, and CT scans. It can also be from power lines, nuclear plants, mobile phones, and cell phone towers.

Obesity : Being overweight or obese increases your risk of developing certain kinds of brain tumours.

Family History : Although it is rare, some types of brain tumours can be genetically inherited. If a lot of people in your family have had brain tumours, your risk of developing the same increases.

Symptoms of brain tumour you need to watch out for

Symptoms of a brain tumour vary based on where the tumour is located and how big it is. When a tumour is big enough to put pressure on the rest of the brain tissue, you will start to notice the symptoms.

The most common ones are:

* Headaches
* Seizures
* Blurred vision
* Vomiting
* Confusion
* Weakness on a part of the face or in a limb
* Clumsiness
* Memory loss
* Mood and behavioural changes
* Unequal pupils or drooping eyelids
* Dizziness
* Tingling on one side of your body
* Loss of bowel or bladder control Tremors in the hands
* Changes in hearing, taste or smell
* Drowsiness and loss of consciousness

How is brain tumor diagnosed?

If your doctor suspects that you may have a brain tumour, then she may recommend diagnostic tests to confirm this, such as:

Neurological examination: This will include checking your hearing, balance, vision, coordination, reflexes, and strength. Difficulties in these areas are indicators that a specific part of your brain may be affected by a brain tumour.

Imaging: Imaging tests like Magnetic Resonance Imaging (MRI), Computerised Tomography (CT) scan, and Positron Emission Tomography (PET) scan are used to diagnose brain tumours.
Biopsy: A tiny piece of the tumour is removed through a minimally invasive surgery and then examined to determine whether it is benign or malignant.

Analysis of CSF: Cerebrospinal fluid is a colourless fluid present inside the spinal cord and brain. This fluid is tested to diagnose conditions like brain tumours.

Skull X-Ray: Brain tumours can cause skull fractures, and an X-Ray can show us this. X-rays can also find calcium deposits that are found inside some brain tumours.
Angiography: In this procedure, a fluorescent dye is injected into your bloodstream. The dye travels to the brain and lets the doctors see details about the blood supply to the tumour. This will be helpful during surgical removal of the tumour.

What are types of treatments available

There are various options available for treating brain tumours:

Surgery: This is the most common treatment for malignant brain tumours. The surgeon removes as much of the cancerous cells as possible without damaging healthy brain tissue. Bleeding and infection are 2 possible side-effects of surgery.

Benign brain tumours can also be removed through surgery.

Radiation Therapy: In this type of brain tumour treatment, radiation like X-rays or protons beams are used to kill tumour cells. This can be done by external beam radiation, where you sit in front of a machine and wear a protective covering, leaving only the tumour area exposed. This therapy can also be done via brachytherapy – a device is placed inside your body near the brain tumour that gives out radiation to kill the tumour cells. Side-effects of this therapy include fatigue, memory loss, headaches, and scalp irritation.

Chemotherapy: Drugs are injected or taken orally and they target and kill the tumour cells. Chemotherapy causes side effects like hair loss, vomiting, nausea, and tiredness.

Targeted Drug Therapy: Certain types of brain tumours are treated with drugs that target specific abnormalities that are present in the tumour cells by blocking them. This causes cancerous cells to die.

Radiosurgery: Unlike surgery in the traditional sense of the word, this treatment method is where many beams of radiation are focused onto the brain tumour to kill the tumour cells. Various technologies like linear accelerator and gamma knife are used to treat the brain tumour with radiation

Brain surgery is a complicated and serious process. It is the main treatment option for brain tumours. Advanced medical technology these days allows surgeons to operate using minimally invasive methods. However, brain surgery is a critical medical procedure and carries some extra risk. Complications during and after are rare, but they may occur.

Here are the risks associated with brain tumour surgery:

However, surgeons take utmost care to ensure that they are thorough and attentive so that the surgery is successful and no complications arise.

For a minimally invasive surgery, a small keyhole incision is made and with the help of brain imaging specialists, the surgeon removes part of or the entire tumour.

In case of a craniotomy, the surgeon cuts out an area of your skull to create an opening to access the brain. Using imaging systems, the surgeon will remove the tumour.

After this, the small area of bone is put back into the skull. A craniotomy can be done under general anaesthesia or using local anaesthesia while keeping the patient awake.

The latter method is used if your tumour is close to a part of your brain which controls an important function like speech, hearing, movement or sight. Keeping you awake during the surgery will help the surgeon check the functions of different parts of the brain. He does this by asking you to speak or move a specific part of your body.

This way, the surgeon can make sure such functions are not harmed when removing the tumour.

After the surgery, rehabilitation is necessary for proper recovery. Your doctor may recommend therapies such as:

Physical Therapy: This therapy would help you recover your lost muscle strength and motor skills.
Occupational Therapy: This will help you get back to your daily routine and activities including work.
Speech Therapy: If you have difficulty speaking post-surgery, this will help.
Tutoring: Young children who have had brain surgery may need tutoring to help them cope with memory changes. 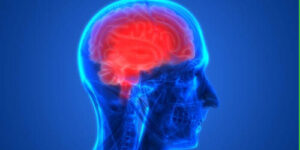 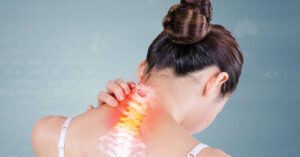